Clarence Bay is a small fictitious town on the eastern shores of Georgian Bay, Canada.

At the northern edge of cottage country, it’s a two to four hour drive (depending on traffic) north of the large metropolitan area of Toronto. Clarence Bay has a permanent residence of 6,500 folks. Summer people swell the population to 65,000.

A thriving marina, theater and hockey museum, nature paths and beaches provide plenty of amusement for locals and summer visitors alike. Clarence Bay, once a logging and rail depot, is surrounded by deep forest laced with water and filled with wildlife.

Mayoral candidate for Clarence Bay, Ryan Chisholm, has the following to say about his home town:

The folks of Clarence Bay are a romantic lot, in love with love. Romance flourishes on the grapevine—more than any other gossip. See the people for who they are—definitely nosy but infinitely caring.

Like many small-to-medium towns in Canada and the USA, Clarence Bay is struggling with it’s identity. There’s money to be made in becoming another mecca for big-box stores—employment for the town folk, taxes for the town coffers. Ryan is a staunch defender of the small-town philosophy:

Our beautiful town has many valuable assets. Foremost of these, is our civic-minded citizens. Each of [them] contributes to the reputation Clarence Bay has for caring, compassion and respect—the main ingredients in our small-town lifestyle?

Don’t underestimate the value of family proprietorships. Dozens of small shops make this town what it is—give it a strong sense of community, shared goals and values. You can’t be buy those things with any amount of money.

Got a Book that Needs Formatting? 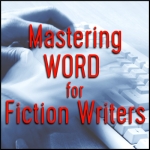